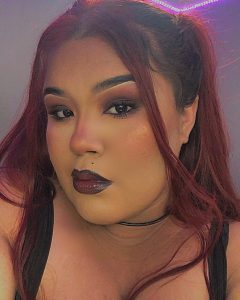 Drug Addiction Classified as an Illness and How we can Help

Drug Addiction Classified as an Illness and How we can Help

An illness that is often overlooked and not considered to be a mental or physical illness is that of drug addiction. According to the National Institute on Drug Abuse, drug addiction is considered to be a form of mental illness because of the way that it fundamentally affects the brain by disrupting an individual’s concept of needs and wants and triggering a trail of compulsive behaviors that make an individual think of drugs as a top priority.

“…someone who is dependent on a substance needs it to function normally. They develop tolerance to it and experience uncomfortable symptoms when they stop taking it. People who are dependent on a drug need detox. In both cases, treatment will consist of therapy and possibly medications.”

Consequently, there is a vast array of symptoms of being a person suffering from drug addiction. According to MayoClinic.org, some of these symptoms include: “Not meeting obligations and work responsibilities, or cutting back on social or recreational activities because of drug use…restlessness, shakiness, tremors, vomiting, congestion, muscle pain, etc.,”

We are also able to evaluate how substance abuse and addiction develop throughout adolescence by comparing how other mental illnesses develop throughout a person’s lifetime as well. According to The Coalition for a Drug-Free Clermont County, there are substantial changes in the brain happening during a person’s adolescence which makes young individuals more susceptible to developing addiction as well as a plethora of other mental disorders.

According to Krystina Murray’s “Addiction and the Brain,” there are many levels to how drug addiction affects the brain. Murray explains how there are various chemical compounds in substances like stimulants, nicotine, opioids, alcohol, etc., that enter the brain and blood which causes people to “lose control of their impulses or crave a harmful substance.”

When it comes to the brain of a drug addict, there is an excess amount of stimulation and over time, they develop a reward system. Once this reward system is in place, the person continues to use and abuse this substance in hopes of “unlocking a hose of euphoric feelings and strange behavioral traits” which can end up causing brain damage and can even lead to death. According to an article titled, “The Addicted Human Brain: Insights from Imaging Studies” by Nora D. Volkow, Joanna S. Fowler, and Gene-Jack Wang, there are some significant functional changes in the brain of someone who becomes addicted to drugs. Once the effects of drug abuse are enforced, there is a large increase in dopamine. The changes in the dopamine function will lead to decreased sensitivity since “dopamine also mediates the reinforcing effects of natural reinforcers and on disruption of frontal cortical functions, such as inhibitory control and salience attribution.”

It’s important to understand what leads someone to become a drug addict. In Beth Leipholtz’s “How Drugs Affect the Brain,” she evaluates how drugs affect the brain as well as how one develops a drug addiction and abuse problem. Leipholtz lists the two ways that disruption can happen in the brain of a drug addict as, “by imitating the brain’s natural chemical messengers and by overstimulating the “reward circuit” of the brain.”

There is also a distinction that Leipholtz makes between how drugs like marijuana can affect the brain versus drugs like cocaine and meth. According to Leipholtz,

She finishes this section off by concluding that the chances of drug use becoming an addiction are dependent on how fast dopamine is released as well as the intensity and predictability of the release.

“Both genetic and environmental variables contribute to the initiation of use of addictive agents and the transition from use to addiction. Addictions are moderateMany to highly heritable… risk tends to be proportional to the degree of genetic relationship to an addicted relative…addictions initially depend on the availability of the addictive agent and the individual’s choice to use it. ”

By way of this explanation, addiction can be genetic however, a person’s environment plays a big role in how a person can develop a drug addiction problem. Especially when substance abuse runs in a person’s family history or if they are exposed to it during their childhood and adolescence. This can be very critical to a young person because the younger they start using drugs, the more likely they are to experiment with it and develop an addiction, especially because their brains are still developing and don’t have a well-rounded idea of decision-making or self-control.

The National Institute on Drug Abuse provides resources for addicts who require treatment. Not only do they allow people to understand the complexity of drug addiction but they also provide a list of ways that an addict can receive treatment. They provide a list titled, “Principles of Effective Treatment” where they name all of the key principles of an effective treatment program. They also list all of the treatments that are available for recovering addicts including behavioral counseling, medication, medical devices, evaluation and treatment for co-occurring mental issues, and long-term follow-ups.

In light of this information, it is important to remember that successful treatment is a lifelong process. The goal for recovering addicts is to stop using drugs, stay drug-free, and living as productive and functional members of society. We should always remember that people suffering from drug addiction are sick and require help. Similar to other mental sicknesses, it important that the individual wants help. You can’t force an addict to just stop substance abuse the same way you can’t force a depressed person to “just be happy.” Drug addiction is a mental and physical sickness that affects a person’s everyday life and mindset. Luckily, there are many ways that these individuals can get help and be treated sufficiently.