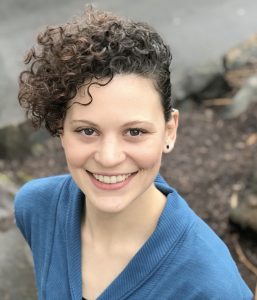 On May 25, 2020, George Perry Floyd Jr., an African American male, was detained and subsequently murdered by Minneapolis Police Officers. During the trial of one of his murderers on April 1, 2021, Courtney Ross, Floyd’s girlfriend, is questioned on drug use, to which she admits to their struggle with opioid addiction (1). Allen Russell, a black male residing in Mississippi, was recently denied an appeal and the courts upheld a life sentence in prison for the possession of marijuana (2). Historically, the United States Police Departments have stressed: “group solidarity, loyalty, and a “show of force” approach to any perceived challenge to an officer’s authority” (3). If the United States, individual states, and local governments made an effort to defund police departments, reallocate the money and invest in public social services the addiction crisis could be adequately addressed.

As the rich get richer, the poor get poorer, and the sick get sicker, the addiction rate will continue to rise. Rich Americans, typically white men, have access to drugs and alcohol that most people do not. And they have plenty of resources and power to fight any consequences that may arise because of addiction. But they don’t represent the vast majority of those struggling with addiction. Most Americans do not have access to lawyers, counselors, therapists, rehab or treatment centers, and financial support to overcome poverty and addiction.

“Living in a poor or low-income household has been linked to poor health and increased risk for mental health problems in both children and adults that can persist across the life span,” reports the Official Journal of the American Academy of Pediatrics (5). The research article goes on to say that despite the increased need for high-quality mental health professionals, families and individuals living in poverty do not have proper access. In 2009 an internet data point research, conducted by the Pew Research Center, reported that 28% of internet users looked online for information about depression, anxiety, stress, or other mental health issues (6). Furthermore, it breaks down the demographics showing that over 64% of these individuals have an annual household income less than the recommended national living wage of $68,808 (7). It is a basic human right to be happy, healthy, and loved. If low to no-cost public services like therapy, high-quality health providers, and affordable housing options were available to all communities, then the mental health crisis would ebb, allowing addictions to decrease also.

Low-income communities are disproportionately BIPOC, which leads us to the issue of systemic racism, over-policing, and brutality. George Floyd, Allen Russell, and countless others are victims of the tragic nature of our nation: founded in slavery, rich white men seizing power through force, coercion, and violence, and the continued destruction of marginalized people who do not meet the white, Conservative male’s version of who an American is. So, instead of local governments spending 96% of their police, corrections, and courts budgets on salaries for police officers, what if that money went towards employing public health officers? Public health officers could educate and aid the people in their communities, rather than “respond” and “defend.” What if we, like a naturopathic physician, began looking at the disease rather than the symptoms?
Nationally, if police departments were defunded, personnel retrained, the funds reallocated and applied to “disease treating” services, we could have a drastic, positive impact on the mental health crisis, and thus the addiction crisis. Mental health and addiction are commonly interwoven, as are low-income communities and mental health issues. Let’s reinvest in our suffering communities through healthcare, housing programs, rehab and treatment centers, and officers who aren’t armed with weapons, but rather with knowledge. Defund and reinvest to heal the addiction crisis in America.