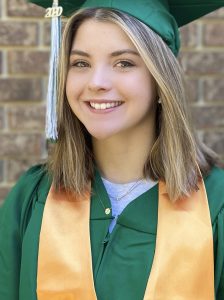 When you are a child, your family members are simple. They do not have complex layers and stories or struggles of their own. They are instead, just “Mom”, “Dad”, and “Cousin”. You do not understand their strange behavior or habits. When you are older, you come to understand the reasons behind their behavior, and you try to give them your empathy and sympathy. When I was a child, I did not understand why my mom had to take her “special” pills, or her sudden changes in mood. I did not understand why one day my cousin had a bright future ahead of him, on the edge of turning 21, and then suddenly, he was gone. These are the casualties of addiction, and the numbers are growing rapidly.

The system is broken. That is the simplest reason for the exponential increase of drug addiction in the United States. Addiction is numerous in lower-income communities, and this makes sense. People who are struggling to get by in a broken system, meaning the economy and opportunities to move out of your class are getting worse and worse, are more susceptible to drug addiction. These people are more likely to be exposed to drugs and they do not have the resources to know the alternatives to drug use. These people do not have the access to mental health resources that could help them avoid addiction, nor do they have the education to know the consequences of drug use. Feeling trapped or helpless can lead people to do desperate things, such as drugs. My cousin was a bright kid, he always had great grades in school, but he did not see a future for himself or a feasible way to reach his goals. He turned to dealing drugs to make a little more money, and maybe even make enough money to pay for college. Unfortunately, he was caught up in his business venture and began to do the drugs as well. He was making money and living life, but one day he snorted a line laced with fentanyl, and he never made it to college. My cousin felt trapped, and it took his life.

My mom was so beautiful, she had the biggest smile that made her eyes scrunch up at the corners. The last time I saw her, her skin was scarred from picking, and her eyes were dull and glassy. She had her kids young, and she was married young too, but she was so happy to be the PTA mom who packed snacks and drove us to soccer and dance practice. She was also a sufferer of depression, and bipolar disorder. These are diagnoses that were discovered later on in her life, after the damages of drug use were done. A stigma exists around mental illness, that having something “wrong” in your brain makes you a bad person. This stigma keeps people like my mom from seeking help, and treatment. It is hard not to think how different her life would have played out if she had been given support and was open about her struggles. Unfortunately, she was not. My mom had a breakdown when she was in her early-30s, cut off all her hair and disappeared for a few days. She filed for divorce and split custody of her two children between herself and her husband. She moved herself into a little apartment and hoped she could help her mental health with this life change. It was not long before she spiraled into other solutions to help herself, but never prescribed medications or therapy. When my mom tried Adderall for the first time, something in her brain was soothed. She felt good, finally. She felt good and she did not have to be ill anymore. Adderall, however, was not enough, and she moved to other drugs, and eventually methamphetamine. This transformed her into an unrecognizable person and stole the mother she was away from her children. I think, just maybe, if she had felt more comfortable, and the world had been more open about mental illness, she could be in a very different place in her life.

We need to educate people on how harmful drugs can be, on what opportunities there are for people without these harmful things. We need to encourage a more accepting society on mental illness and addiction, so that people can be helped before too much damage is done to them. The drug addiction pandemic in the United States has claimed too many lives, broken too many families, and gone on for too long. All we need to do is listen and have empathy for those who are suffering or need help.