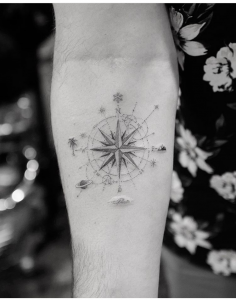 “…Do NOT talk to your sister, just call me.” “Slyvia, I know you are the person I need. I’ve literally been shaking for two days! SOOOOOOO Fucked up. Becca can’t handle this one for sure.” She spelled my name wrong, but these were the last words I ever received from a close family friend who overdosed on heroin. After knowing her since she was a toddler visiting our house with her mom, I’d come to see her as a sister. She was always so bright, funny, clever, and cute.

Part of why we are dealing with an addiction crisis is because so many people have easy access to drugs. At the drop of a hat, doctors can easily get paid commission for prescribing drugs to patients. Large pharmaceutical companies are raking in millions from opioids. The opioid epidemic is a billion-dollar industry. It’s easy to get lost between greed and addiction. It’s cool to post a glamorized picture about drinking alcohol. The way things are promoted on social media, movies, and the like, or watching someone high as a kite dancing strangely should be seen as oddly horrifying, not funny. The portrayal of being inebriated in media makes things worse.

My friend was a mother of two young children when she started to relapse. She was very connected to her religion. She taught self-defense classes with her husband. She was a strong, beautiful, healthy person. All of a sudden, life-changing incidents hit her pretty hard. Then one day, she was in the wrong place at the wrong time. She made the wrong decision and it snowballed from there. She changed into a completely different person. Her husband gave up on her; took the kids and abandoned her. Sometimes it’s a hard choice, I honestly don’t know if it was better overall for everybody or not. I do know how much her children were her whole life. They meant everything to her. Then, I wonder why DID she make that choice? After she was left alone, things sky-rocketed and she was discovered at different places in Venice. She loved drum circles. For her to be abandoned by her family heavily influenced her to continue self-medicating with heroin. She was no longer allowed to see her children without a social worker present. She continued to lose the battle to find the help she needed. She continued to lose her way and fall down the rabbit hole. The last time I saw her, it was as if there was only a sliver of the person I once knew. I was already mourning her loss even though she was standing right in front of me.

To help remedy the crisis on an individual and societal level rehabilitation should be restructured. Group counseling, one-on-one counseling, first responders, etc., all need further education and training. I think that including family and friends within the intervention is key. This is done now, but I think it’s important to emphasize the importance of “the village raising the child” mindset in addiction. It is ultimately the choice of the addict to continue on the path they’re on. It is impossible not to attract it. There’s a certain energy, a law of attraction, that needs to be severed so as not to attract negative, or toxic energy. Having a strong support system is critical. Not just for a few months but years. The longer those new supports are in place the better.

If I could see her again, I would try harder to communicate with her. I have regrets about how I responded to her. You just never know what will happen. You think that someone like her with her strength and intelligence would be able to find their way back to a healthy place, and then they don’t. Then you get the phone call. The one you don’t want to get. The one you never thought you’d get, and you cry remembering the person that stood up for you, admired you, and thought of you as a sister.