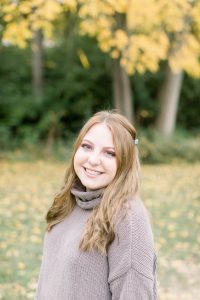 Addiction is Medical not Criminal

I believe that one reason America is facing an addiction crisis is due to the opioid epidemic. Millions of Americans were given opioids for minor pains and were under the impression that the medications were not addictive. This was far from the truth, and for many what started as taking a prescribed medication for pain turned to taking illicit drugs for an opioid addiction. There is also the issue of vaping, which is especially popular among the adolescent/young adult crowd. Vaping was marketed as a safe way to stop smoking cigarettes, yet many started using vapes incorrectly. Also, the vaping advertisements geared towards adolescents were very persuasive, and of course hid the dangers of vaping.

Consequences of addiction at the individual include health issues, loss of work, loss of family and friends, and possible incarceration (if taking illicit drugs). There are also societal consequences such as high unemployment and disability rates as well as high prison and hospital populations. The fact that those who are struggling with a psychological illness are put into prison, rather than a rehab facility, is unacceptable. Individuals who are sentenced to time in prison are far more likely to return than those who have never spent time in prison. Therefore, many addicts who spend time in prison unfortunately return. Rather than being sent to prison, those who are addicted to drugs/alcohol should be sent to rehab facilities in order to turn their life around and be able to live and thrive along with the rest of society.

One possible step to remedy this issue would be to decriminalize non-violent drug charges, such as possession of drugs. This would allow those who are addicted to receive proper treatment and turn their life around. This would help decrease the prison population, and simultaneously increase the working population, at the societal level. At the individual level it may be helpful to incorporate drug screenings, such as urine and/or blood screenings, at health checkups. This could allow doctors to recognize a drug addiction early and be able to step in as needed to help the patient. Overall, our country’s view of addiction should shift towards a medical/psychological view rather than a criminal view. Those who are struggling with addiction need help to turn their life around, not through a prison sentence, but through rehabilitation.