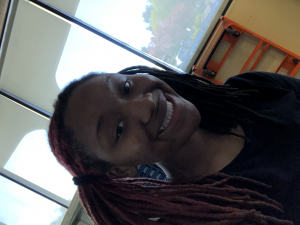 Addiction is so high because alcohol is not regulated enough until it becomes a problem. A huge reason for that is television. Reality TV shows such as Jersey Shore, Bad Girls Club, and Floribama Shore are shows that both millennials and gen z watch. The primary focus of these TV shows is to go out and “have fun” and all of the fun they have revolves around drinking which leads to fights, jail, and blacking out. However, the shows do not portray these things in a bad way, they paint it as good fun or a rite of passage. This is exactly why Gen Z does not look at drinking in a negative light because it is viewed as something everyone does and partakes in. In fact, in social circles if you don’t want to partake in drinking you would be viewed as boring. It is only until multiple people, or yourself recognize that you have a problem is when it becomes wrong -socially- for you to continue to drink.

The effects of drinking are worse if not equal to the effects of smoking marijuana but more people look at smoking negatively than they would drinking and that is where the problem lies. More people have an opportunity of getting addicted to alcohol because it’s so readily available even for minors. The legal age for both marijuana and alcohol is 21 but the push against alcohol is virtually non existent compared to the push against marijuana. There are legal ages because of the fact that smoking/drinking at an early age is very harmful to your brain and body but even when you are older it still messes with your body just the same. As a society we should be pushing against the sale of all intoxicants.

Gen Z is notorious for its relaxed attitude towards marijuana use. According to the National Institute of Drug Abuse, “1 in 7 teens report using marijuana in the past month”. This is because almost all teens know a teen who smokes and they cannot see the negative effects that it has on their brain. Although weed is definitely not as harmful as other drugs, it opens the doors to try them. As people continue to smoke their tolerance goes up and with that so does their interest in experimenting. It won’t happen to everyone but it will happen and has happened to enough people. Gen Z needs to change its attitude towards marijuana because it is treated as a sub-category that is considered okay to do.

Like alcohol, marijuana is used when people are in groups and they want to have fun. This is another way where addiction comes in because people start to need an intoxicant just to have an outing with their friends. In my personal experience I have been excluded from groups or plans because I did not want to smoke or drink. I have also seen friendships that relied on drugs for the friendship to be there. People are beginning not to know themselves without an intoxicant to make them feel like they are more interesting or fun to be around.

If more people had friends that did not smoke or drink they would not feel the need to do so themselves and they would stop. In some cases, people would not even have access to drugs if not for their friends or family. This is why education on peer pressure is so important because what goes around really does come back around. The more people that are strong willed and do not give into peer pressure the better off society will be in terms of addiction. The more people that fall into peer pressure is just creating a stronger chain link to get other people onto drugs.

Not everyone will become addicted to alcohol or drugs but we can never know who is susceptible to doing so. This is why we need to take more preventative measures instead of legalizing drugs. We need the ads we see on TV to promote living a sober lifestyle, not the corona beer ads that make drinking seem like all the joy in the world. We also have to stop weighing drugs against each other such as marijuana compared to tobacco or cocaine. All of them need to be held to the same standard because they are all highly addictive. The way we deal with the addiction may be different in terms of withdrawals and how people can function in society. However, no addiction is a good addiction and many people do not know when they have even reached that point. We need to stop addiction before it happens by letting it be known the cold hard truth of drugs and alcohol and making it harder to obtain.