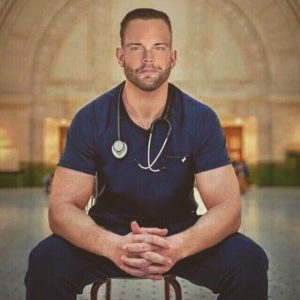 Addiction: Anyone and Everyone

The most inspirational person in my life has undoubtedly been my mother. She was a passionate educator receiving Blue Ribbon awards of excellence from three U.S. presidents. She helped found the Neshaminy Education Support (N.E.S.T.) in the Neshaminy School District of Pennsylvania. N.E.S.T is an intervention and prevention program for students at-risk or in active crisis. She was also an addict who remained committed to her sobriety from alcohol for my entire life. She knew firsthand the importance of mentorship in helping her students live positive, drug-free lives.

Unfortunately, on November 1, 2011, she died from liver cirrhosis. Despite unwavering teetotalism, she had become addicted to prescription opioids after a car accident ten years prior. A decade of these “medications,” legitimately though unethically prescribed by a pill mill physician, had ravaged her liver and internal organs. Her physiological health deteriorated quite suddenly. I found her one afternoon completely jaundiced, even the whites of her eyes had yellowed. She was incoherent and unable to speak properly. She was transported by helicopter from our local emergency room to Einstein Medical Center in Philadelphia. Despite receiving excellent care, she died less than 24 hours later.

I learned several things from this experience. Broadly, that life can be fleeting. More specifically, that absolutely no one is immune to the deeply rooted destruction of addiction. Even the most educated and seemingly successful individuals can easily succumb to its devastation. Destruction and devastation are not hyperbole, as addiction eventually erodes every aspect of a person’s life. Additionally, despite appearances, everyone is struggling in some way with some issue, big or small. The world needs people committed to not just treating disease, but actively those who act toward healing the entire person. Sometimes that’s as simple as giving a brief message of encouragement or taking the time to truly listen. Often, this involves more effort, particularly when addressing the profound psychological impact of addiction. Most importantly, I learned that I want to be one of those people.

After my mom’s death, I was overcome with grief. This wasn’t helped by the bleak winters in Philadelphia. I moved to St. Petersburg, Florida, where I am currently enrolled in an Associate of Science in Nursing program at St. Petersburg College. What appeals to me most about nursing is the field’s holistic approach to health. Nursing considers the entire human condition, environment, family and social support, psychology, diet, etc. That was important to me because I’ve seen first-hand how positive changes in these areas can significantly improve a person’s life, sometimes more than a medical treatment alone. Addiction is complex, and major life changes are often necessary to break free of its grasp. Therefore, I feel my role in helping others win their battle with addiction would be done best as a nurse. I can also think of no better way to honor my mother’s legacy. Considering my experience, this scholarship award wouldn’t just be symbolically significant, but also a substantial means of support toward achieving this goal.