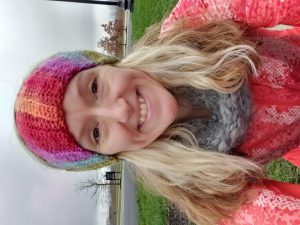 As a nation, we are dealing with an addiction crisis for multiple reasons, with the primary reason being we do take as seriously our mental health as a physical health. Mental health still is a hot button topic because it is not something you can see manifested physically. This causes people that may not be experiencing mental health challenges to dismiss this as an actual problem or dismiss people and their feelings around their own mental health struggles. This often times is felt down through an entire family. If parents don’t believe there is much validity to prioritizing mental health or addressing mental health challenges, this example is set for the children and in theory, could continue down the line.

The consequences of addiction are very real and I have felt them in my own personal life. My own personal life paints the struggles of addiction and the lack of willingness to deal with mental health challenges. I was raised in a family that did not put any importance on mental health and both my parents were alcoholics. My dad, who had suffered with depression his whole life, ‘medicated’ it through alcohol on a nightly basis, often passing out soon after getting off work. My mom, who eventually divorced my dad for his alcoholism, became an alcoholic herself after struggling with guilt/depression of leaving my dad. She got the point where she couldn’t work anymore because of her alcoholism and still can’t until this day. My dad died last year, mainly because of his liver failing due to chronic alcoholism and Hepatitis C. My little sister, became addicted to Heroin in her teens. She has been in and out of the criminal justice system for the past 10+ years. After dealing with her own depression struggles and receiving appropriate help, she has been sober for over a year now, is able to hold a job and is actually helping to take care of our mother, with her alcoholism, because she can’t work. This paints the picture that no one saw and that is often what mental health is-the picture that no one can see.

On an individual and societal level, we have a lot of work to do. Normalizing that most people struggle with something related to their mental health at some point in their life would be a great first start. Many social media campaigns have helped in this effort but we need to do more. Our criminal justice system cannot be the place that cures addicts through a cold turkey type of approach to quitting drugs. With so many, so much has gone into why someone chooses to use drugs and if those issues are never explored, there is just a Band-Aid going on a gaping wound. To help remedy this crisis, we must begin looking into how we look at drug offenses in this country. While there may be mandatory jail time for individuals using illegal drugs, there should be ways out that not only address the problem by mental health help but also ways to reintegrate into society without a forever label (felony). My sister struggled to get jobs because she had so many drug offenses, she had a felony on her record greatly reducing the number of available jobs. Addicts will continue to utilize what they know, drugs, to cope if they don’t have the tools, such as mental health assistance and the ability to provide for themselves and their families.