Doctors Under A Microscope To Stop Prescription Drug Abuse

Doctors Under A Microscope To Stop Prescription Drug Abuse 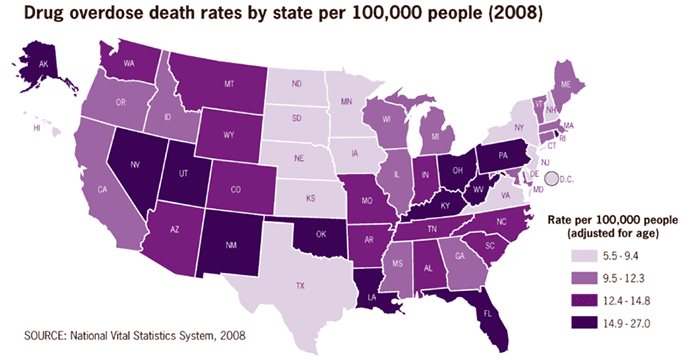 With rising rates of addiction and overdose deaths related to prescription drugs, there is growing concern about how to handle medication provided to patients. In the past twenty years, deaths from unintentional drug overdoses have increased by over 500% and the majority of this increase is due to prescription painkillers. The reality is that most of these prescription drugs are coming from well-intentioned doctors who are providing medication for pain. Stop Prescription Drug Abuse

Physicians may not have enough training to identify warning signs of addiction in their patients and are failing to exercise the necessary caution in providing dangerous prescription drugs. Unfortunately, doctors are at least partially to blame for the increase in prescription drug addiction; even those who are typically conscientious and respected in the medical community.

How Physicians Contributed to Growing Rates of Addiction

One of the reasons that the use of prescription pain killers has increased so much since the 1990s is due to a shift in the management of pain for patients. In the past, some patients suffering from pain were not treated properly or were unable to receive help for their problems with pain. In an effort to redress this issue, doctors were taught to ask patients their level of pain and prescribe medication accordingly. At the time the belief was that painkillers were not addictive for patients with legitimate pain problems. Drug companies were also pushing for the use of more opoids like oxycodone which was framed as a safer alternative to non-steroidal anti-inflammatory drugs.

This shift in the treatment of pain ended up becoming a problem as doctors began to over-prescribe these drugs to patients. The amount of opoid narcotics prescribed by doctors has more than tripled and the drugs are even provided for children. Additionally the number of prescriptions written for drugs to help with opiate addiction like Buprenorphine has also risen. Doctors are also now more likely to diagnose people with chronic pain than ever before and patients often develop a tolerance, requiring more opoids to be pain-free.

One of the biggest groups of those involved in prescription drug abuse is teens and young adults. Among teenagers, painkillers are the most commonly abused drugs after tobacco, alcohol and marijuana. Most of the individuals in this group do not take medication for legitimate pain but have access through their parents or peers that have a prescription. For older age groups however, most are prescribed medication following a serious injury or surgery for their pain. They can quickly develop an addiction even though they are not abusing the drugs or taking them for non-medical reasons.

Solutions to Stop and Prevent Addiction

In order to cope with the growing crisis of dangerous prescription drug addiction, doctors need to be more aware of the potential of opoid painkillers to become addictive. Physicians must scale back on prescribing opoids for acute pain as much as possible and start off with high doses of ibuprofen instead. Prescriptions for opoid drugs should be limited and filled only if absolutely necessary. If any opoids are prescribed it is necessary for doctors to provide patients with a warning and explanation of the potential they have to be addictive. Patients must be well-informed about the risks involved with taking prescription opoids and understand how addictive they can be even with short-term use.

Another important missing element is specialized training for doctors to have a better understanding of addiction. Physicians need mandatory education and training in the diagnosis and treatment of addictive disease with emphasis on dangerous prescription drugs. If doctors are unable to identify the signs of addiction then they might continue providing medication to patients that are abusing the drugs. An effort must be made on the part of physicians to stop prescription drug abuse and be responsible for preventing addiction.  Stop Prescription Drug Abuse